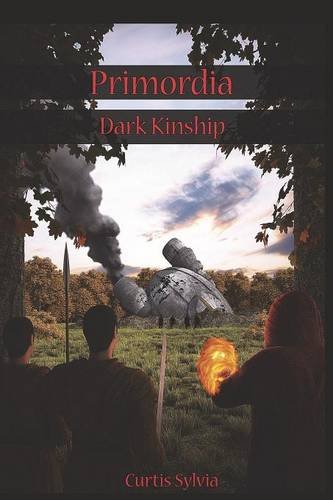 With homage to Star Trek and nods to the classic Science Fiction adventure yarns of the likes of Robert A. Heinlein, Philip K Dick or Harry Harrison, the Primordia series promises a treat for Sci-Fi fans.
Book one of the series, Dark Kinship, has just been published by Mirador Publishing and if this first one is anything to go by Curtis Sylvia looks like being an author to watch out for.
The setting is the far distant future when due to improved lifespans approaching immortality, humans are forced to reach out to the stars to find new homes for the exponentially growing population. Four special individuals are careering through distant space in a ship designed to respond to their thoughts. On encountering a seemingly backward planet it seems they may have found sanctuary. However, a series of strange malfunctions forces them to land and reluctantly engage with the inhabitants and before long they are embroiled in a civil war being orchestrated by a group of sorcerers. The more they try to help the more entangled they become as they realise that they themselves have become the catalyst for something truly evil.
This is a classic space adventure with great characters and some wonderful evil villains. Genre crossing like this is never easy and mixing magic with Science Fiction can be very difficult. Curtis Sylvia manages this supremely well and never resorts cliche or Deus ex machina magic to extract his heroes from trouble, Game Of Thrones move over!